Landing on icy runways made safer with Mathematics and Big Data

Norwegian pilots are best in the world when it comes to landing in winter, and they are assisted by an information system based on mathematics and Big Data. Photo: Oslo Airport Gardermoen, Espen Solli.

Landing on icy runways made safer with Mathematics and Big Data

Norwegian airline pilots have for a long time been among the very best when it comes to landing under difficult weather conditions in winter. Recently, they have become even better because mathematical modelling and enormous amounts of data are being used to tell them how slippery the runway is – before the airplane’s wheels touch the ground.

Anyone who has driven a car on wintry roads covered with snow or ice can imagine the problem pilots are faced with when landing on a runway in winter. An ordinary passenger car weighs less than two tons and rarely drives faster than 80-90 km/h when the temperature is around or below the point of freezing, if the driver is sensible. The pilot’s problem is on another scale: A plane full of passengers can weigh over 60 tonnes, and the landing speeds can reach 270 km/h.

The IRIS information system is now in use at 16 Norwegian airports:

"Under such conditions, it is of course an advantage if the pilot knows how slippery the runway is long before touchdown. With this information, the pilot can calculate the best distribution of braking power between the three available systems. Modern aircraft are equipped with both disc brakes in the landing gear, thrust reversers on the engines, and air brakes that can increase drag during landing”, says Professor Arne Huseby at the Department of Mathematics at the University of Oslo.

You can also read this article in Norwegian

Professor Huseby has been a key player in the development of the Integrated Runway Information System (IRIS), currently in use at 16 Norwegian airports. All the airports have their own weather stations combined with temperature gauges in the runways, and the system collects a wealth of data about every possible condition that can affect the airplane's braking distance. The data are used to analyse and describe the conditions on each airport on a five-step scale from "Poor" to "Good".

Calculating at one minute intervals

"It was much more difficult to develop this system than everyone thought from the beginning, explains professor Arne Huseby. Photo: Bjarne Røsjø/UiO  Download picture

When IRIS is operating during winter, all sorts of weather and runway data are gathered and sent to a central computer server. The server analyses the data with the help of a specially developed algorithm, at one minute intervals throughout the winter – and sends a notification to the ground crew at any of the 16 airports if the calculations show that landing conditions are difficult. The ground crew can then pass the information on to the pilots.

“The alerts from the server are not sent directly to the pilots, because this is primarily designed as a support system for the ground crews. The reason is, among other things, that communication from airports to pilots is subject to a very strict international regulatory framework”, says Huseby.

Senior Advisor Stig Jone Nevland at the Airline Operations Division in Avinor, the Norwegian airport operator, has only words of praise to say about the IRIS system.

"Avinor wants to be best in the world with regard to winter operations of airports, and the IRIS system has made a significant contribution to this. In addition, we have invested a lot in training for such conditions”, says Nevland.

"The airlines operating in Norway are very happy about the system, and the pilots say that IRIS is a valuable support that gives them more accurate information about the conditions on the runway. SAS and Norwegian have also been so kind as to give us access to sensitive flight data. Thus, no-one else in the world has better data than Avinor about what we call friction-restricted landings, i.e. landings on slippery runways”, adds Nevland.

Even with IRIS, runways must be closed during maintenance. But it is no longer necessary to close the runway in order to measure friction. Photo: Espen Solli, Oslo Airport Gardermoen.

The initiative for the project originally came from Avinor around the turn of the century, because they identified a need to provide better information to pilots when landing during winter conditions in Norway.

"At that time, the ground crews typically had to close the runway and send out a man in a car with a mounted friction meter when they saw that the conditions could be difficult. After this inspection, they used pencil and paper to write a SnowTam report (SNOw Warning To Airmen), so the whole process was quite cumbersome. In addition, the friction measurements were quite unreliable”, Huseby remembers.

Avinor started with digitizing and automating the report format, but they also wanted to be able to prepare reports without having to close the runway to perform friction measurements. They imagined that it should be possible to measure a number of factors such as ground temperature, air temperature, humidity, rain- or snowfall and wind speed, and calculate the friction from this. It was a charming idea, recounts Huseby.

“A preliminary study was conducted, and it indicated that it should be possible to establish a statistical relationship between weather parameters and runway conditions. Optimism was in the air, and we collected a wealth of weather data during 2004 and 2005. We also collected large amounts of data from the aircrafts that had landed: Braking intensity, airbrake position, engine reversal and thrusting, airplane weight, and landing speed”, Huseby says.

At this time, Avinor meteorologist Marit Rabbe also became involved in IRIS. Based on her insight, the IRIS group developed a number of scenarios that could give rise to create difficult landing conditions. Professor Huseby later rewrote the scenarios into a mathematical language that could be understood by a computer. This was crucial for advancing the project.

At this point, the participants in the IRIS project still lacked information about how much the three different braking systems on an airplane – disc brakes in the landing gear, thrust reversers, and air brakes – contribute to the total retardation.

"The solution was that we went over to Boeing in the US, where they were very interested in our work. They had already prepared a model based on data from a number of landings, and from there, we could interpolate and create quite good estimates of the friction on runways during different conditions", Huseby explains.

Arne Huseby and colleagues like physicist Alex Klein-Paste at NTNU have now jointly developed both a weather model, a precipitation model and a runway model. These models are running constantly on the afore mentioned server throughout the whole Norwegian winter. “One of the effects of the IRIS system is that landings become less stressful for the pilots. In addition, the landings are safer for the passengers. But there are also a number of other benefits. If the pilot knows that the runway is dry and has good friction, the disc brakes on the wheels can be used as much as possible shortly after landing. This reduces the need to use a lot of fuel when the engine is used for braking, and that’s a good thing for both the environment and the economy. In addition, ground crews can reduce the use of chemicals on the runway, if IRIS shows that landing conditions are good”, Huseby expands.

Everybody talks about interdisciplinarity and Big Data, but the participants in the IRIS project have really proved that the buzzwords can be filled with meaning.

"It was much more difficult to develop this system than everyone thought from the beginning. The mathematical and statistical methods and models used are not very complicated, but the difficulty was instead that we had to combine many different disciplines: Mathematics, Statistics, Physics and Meteorology, as well as experience from both pilots, ground crews and aircraft manufacturers. I myself have mainly served as a catalyst, translating knowledge from all these groups into a mathematical format", Huseby explains.

"It was also challenging that we had to find a way to deal with very large amounts of data. Today, a steady and large stream of data is ticking in from 16 Norwegian airports every minute in the winter. Everything is entered into a Structured Query Language (SQL) database, where the algorithm we have developed perform continuous analyses in order to produce the daily alerts”.

"At one point, I used eight computers simultaneously in order to do analyse historical landings, and the whole process took several weeks. Now, we have structured the data in a much smarter way, in order to perform calculations in a matter of minutes instead of weeks,” Huseby smiles.

According to Stig Jone Nevland, Avinor is now considering an expansion of the IRIS system to include even more Norwegian airports.

“There is probably no need to install IRIS at small airports with maybe one or two helicopter landing per day. But at several other medium-sized airports, the system can be of great value. The technology has made such great progress that it is fully realistic to install the system also on smaller airports than the ones using IRIS today. We have also had some interest from airport operators in other countries with a climate similar to what we have in Norway”, concludes Nevland. 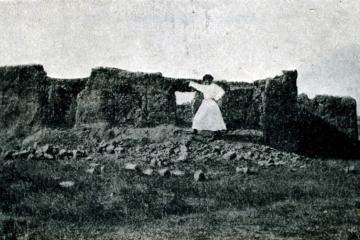 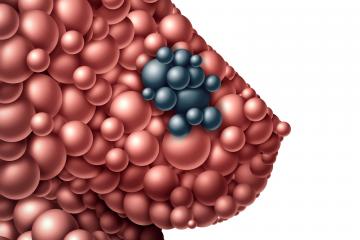 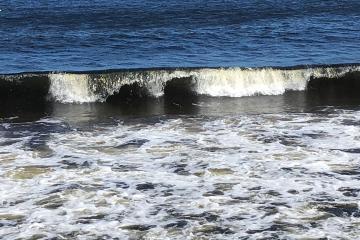 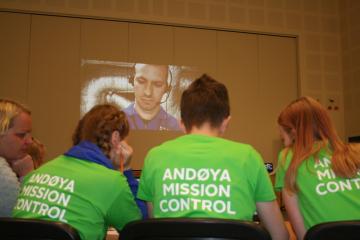